At about 5.45 pm on Tuesday 20th July 2021 a freak storm hit Kibworth Beauchamp and Kibworth Harcourt without touching the surrounding area. The storm lasted for about one and a half hours and during that time 5 weeks’ amount of rain fell causing flash flooding in parts of the villages. Hailstones as big as golf balls rained down on the two villages resulting in smashed car windscreens and dents to the roofs and bonnets of vehicles. Conservatory roofs and greenhouse windows were smashed along with other damage to buildings. The hail also played havoc with garden plants and flowers. The Kibworth Community spirit came to the fore as people rallied together to assist those most affected by the storm.

The Local Resilience Forum for the policing area covering Leicester, Leicestershire & Rutland is known as LLR Prepared. That evening after 8pm, they contacted both Kibworth Parish Council clerks to check the latest contact details in the Kibworths Emergency Plan, which was some 5 years old, for local halls that had been identified could be used to house residents affected by either flooding or failed electricity. Fortunately, no residents had to be temporarily re-housed. The Kibworths Emergency Plan has since been revised with updated contact details including mobile phone numbers.

The Leicestershire Fire and Rescue Service received 17 emergency calls reporting flooding to premises. A similar number of reports to the county council were made over the next few days about drains and gullies needing to be cleared of detritus from the storm. 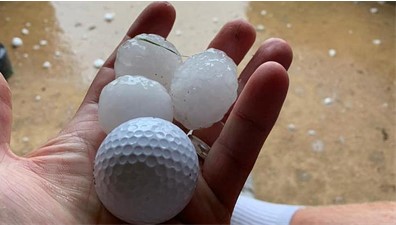 Size of hailstones picked up on Kibworth Golf Course 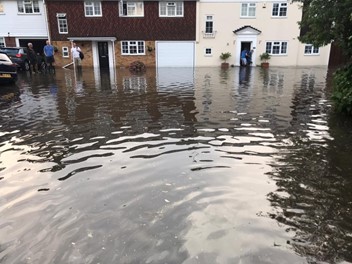 Flash floods at bottom of The Lea, Kibworth Beauchamp

Whilst hailstorms are not uncommon in summer months this storm was unusual in its ferocity, size of hailstones and duration.

There were several factors which caused this storm: the atmosphere above the two villages was very unstable. This was caused when the air mass above the villages is warmer and/or more humid than the surrounding air thus causing instability. This led to strong updrafts in the clouds which allowed the hailstones to form and get bigger. The instability was also deep and in such an unstable environment that the weather could change suddenly as it did on this occasion.

The aftermath of the storm lasted for some weeks with repairs taking time to complete. The scale of the damage was such that, on the Monday after the storm, one company of insurance assessors sent 3 crews to the two villages to assess insurance claims.  Claims have varied greatly depending on the number of dents and other damage plus the type of vehicle. 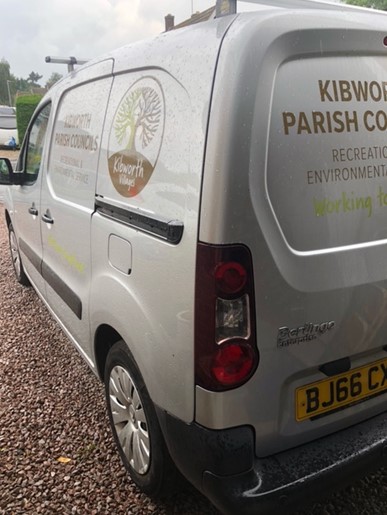 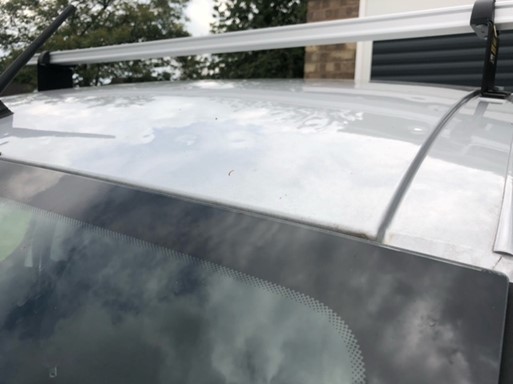 As an example, the Kibworth Parish Councils van had hundreds of dents