John Kenney was born in 1911. He studied at the Leicester College of Art in the Hawthorn Building in the Newarke.  After his graduation, Kenney joined J.E.Slater, the Kibworth-based firm of commercial artists for whom he worked for over forty years. It was at Slaters that he met his wife, Peggy. She was the daughter of a farming couple in Smeeton Westerby.

The Second World War disrupted Kenney’s work, and he was called up.  He served with the 44th Searchlight Regiment and the 121st Light Anti-Aircraft Regiment.  He landed in Normandy on D-Day and, although he was not an official war artist, he recorded the scenes that he witnessed in a series of impromptu black and white drawings. As his regiment moved across Europe with the Allied Forces, he continued to create a visual record of the events as he saw them. 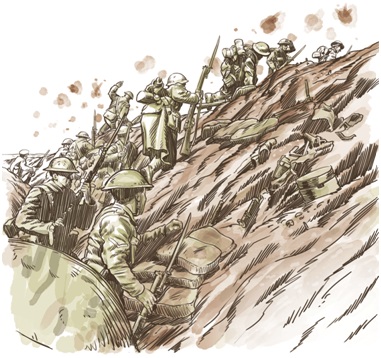 Returning to Kibworth, he resumed his work at Slaters, but after less than five years of working as a commercial artist, he resigned to concentrate on his painting, particularly of sporting scenes.  His declining health was probably another factor in his decision to work for himself.  He lived in a large house in Smeeton Road which was demolished when the road was straightened in the 1960s.  His garden was where the Hunny Hive nursery (former Kibworth Health Centre) stands.  He and Peggy then moved to Smeeton Westerby where they lived for the rest of their lives.

His first freelance projects included the illustrations for two books which he penned himself, The Grey Pony in 1954 and The Shetland Pony in 1955.

It was as a sporting artist that Kenney principally made a living and gained his reputation in the post-war years. The hunting landscape of south Leicestershire was an inspiration for his vivid and energetic scenes. As a mature artist he preferred to sketch directly whilst out in the countryside and then transpose those sketches to oils on canvas. His preferred canvas size was two feet by three feet, but he was also able to adapt with ease to the small scale and constraints of book illustration demanded by Ladybird Books and Thomas the Tank Engine. 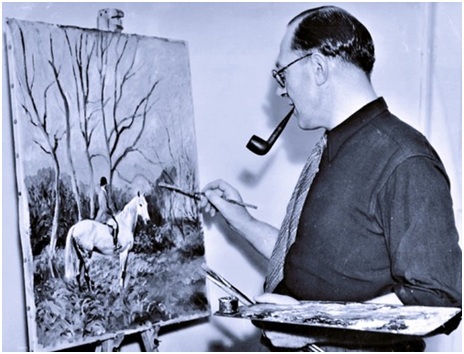 Kenney’s animal studies led him to assume the role of mentor to the influential equestrian artist Neil Cawthorne.  Cawthorne was born in Leicestershire in 1936, and began painting seriously in the late 1950s. Kenney provided guidance to Cawthorne during the first four years of his artistic career.

Kenney’s freelance status came to the attention of the Revd W. Awdry, author of Thomas the Tank Engine, who was seeking a replacement for Clarence Dalby, another graduate of the Leicester College of Art. Although Dalby’s pictures were bold, lively and colourful, Awdry had become increasingly concerned by the problems caused by his lack of attention to detail.

Employing John Kenney as his replacement has, in retrospect, been regarded as a fortuitous move by Awdry. ‘`We got on splendidly', Wilbert Awdry recalled.  'John Kenney was as different from Dalby as chalk from cheese. He was interested in the work and used to go down to his station and draw railway engines from life.'

The steam engines which Kenney painted were longer, larger and less like the 'toy trains' of Dalby's pictures. His human characters became real people: pushing barrows, leaning on shovels, running along station platforms; and the scenery recalled the airy, relaxed country scenes that featured frequently on 1950s railway posters.

Kenney brought a much-needed lightness of touch and a naturalism that had been previously lacking. In the first book he illustrated, The Eight Famous Engines, which was the twelfth in the Thomas series, Kenney's acclaimed draftsmanship and his attention to detail are already obvious.

He also introduced new characters including Donald and Douglas (the Scottish Twins), Daisy, Diesel and Duncan. Kenney's last illustrations in the Railway Series were for the 1962 publication of Gallant Old Engine, but by that time his eyesight was failing and he was unable to handle the fine details required.

Kenney illustrated no less than 31 books for Ladybird Books of Loughborough at the commencement of what is now regarded as that publisher’s ‘Golden Age’.  These included a series on important British historical figures including Charles Dickens, Admiral Nelson, Captain Scott, Oliver Cromwell, Florence Nightingale and Queen Elizabeth I.

He also illustrated one of the best-loved fiction books, Tootles the Taxi and the early Robin Hood series, The Ambush and The Silver Arrow, and provided the artwork for a 1956 book of motor vehicle characters which had a strong artistic and thematic affinity with the Awdry books.

Sadly, ill-health was a constant limiting factor in Kenney’s artistic career.  It was his health that forced him to stand down as Awdry’s key artist. His eye sight began to fail and in 1968 he lost the sight in one eye.  He died in 1972 at the age of 61.

On Thursday 13th June 2019 a green plaque commemorating the life of John T Kenney was unveiled by the Chairman of Leicestershire County Council, Cllr. Pam Posnett MBE. The plaque is situated on the Honey Bee Nursery, Smeeton Road, Kibworth Beauchamp. The nursery is located in the garden of the house, since demolished, where Kenney lived on Smeeton Road. 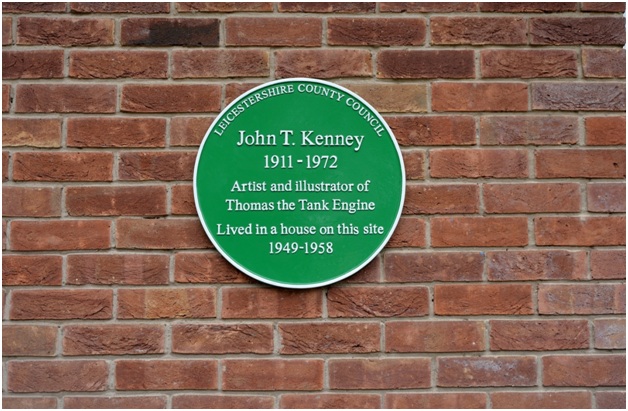 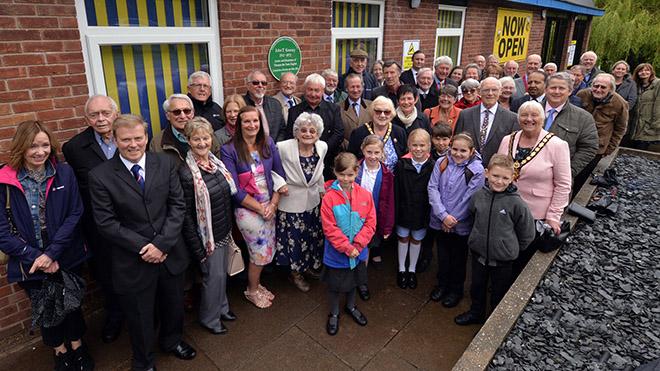