Midland Railway (MR) was a railway company formed in 1844 and ceased trading in 1922. The company opened Kibworth railway station in 1857 on what is now the Midland Main Line.

Plans had been made in 1847 for a line from Leicester to Bedford but this did not materialise. The Midland Railway Company was running to Rugby at that time and was dependant on the London and North Western Railway for its path into London. The company was looking for an alternative route and a plan to route a line from Leicester to Bedford was reconsidered. This improved the possibilities of a railway station at or near Kibworth and in 1847 the Midland Railway Company obtained powers to build a line from Wigston via Market Harborough, Kettering and Bedford to the Great Northern Railway at Hitchin.

Kibworth station was near the summit of the Kibworth Incline, the most northerly station of the Leicester to Hitchin section. It was built next to the bridge carrying the road known as Station Street. In 1885 access to the platforms was provided by two wooden staircases on either side of the bridge from Station Street to each platform. The station buildings were of brick in the Midland Ecclesiastical Gothic style. The booking office and other facilities were on the northbound platform, with a small waiting-room on the southbound side. 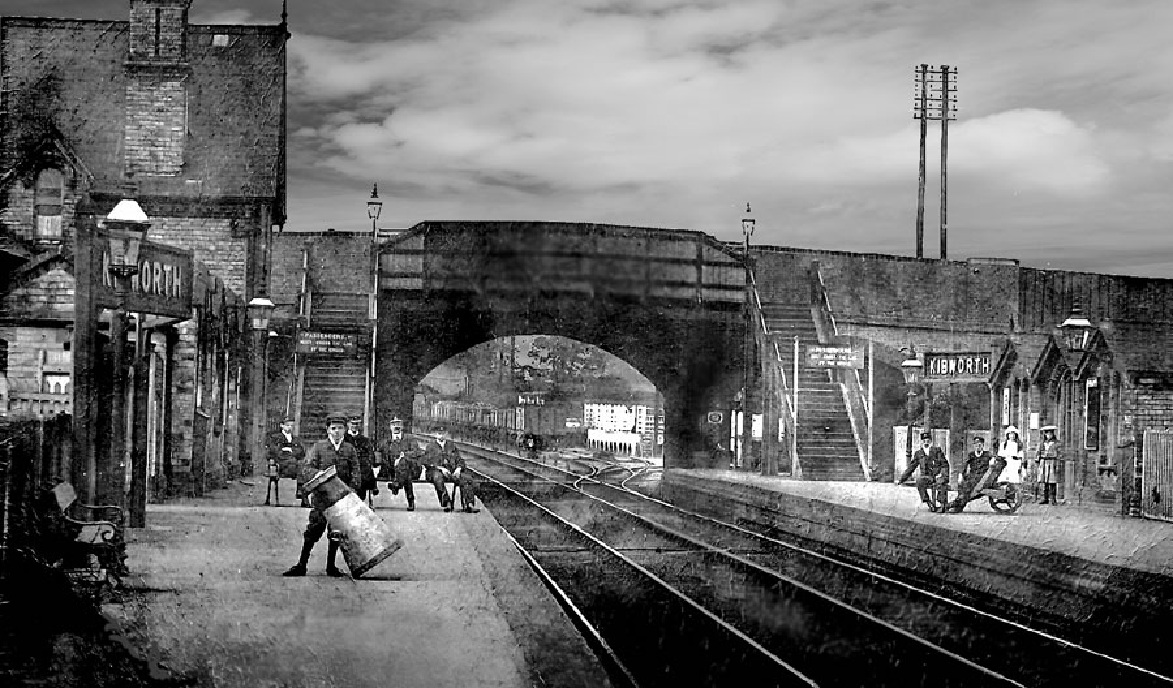 The station was well equipped to handle goods traffic having sidings able to hold 42 wagons, with a brick built goods shed and a 30 cwt. crane. On the east side of the line was a full cattle dock with cattle pens. In 1904 E.llis & Everard of Leicester, a coal, agricultural and builders’ merchants, opened a siding at Kibworth Station.

The passenger station platforms were lengthened in 1862 and again in 1870. The following year a footbridge was provided and the booking office was extended.

Bradshaw (a railway guide and timetable) February 1863 indicates that Kibworth had four trains each way on weekdays, there was an extra train each way on market days. On Sundays two trains ran each way.

Railway companies were required to provide one train every day which ran from one end of the line to the other, stopping at all stations, with carriages giving protection against the weather, and running at a speed of not less than 12 mph including stops. For this, the fare had to be no more than one penny (0.4p) a mile and this exempted the railway company from the 5% tax on passenger receipts. These trains are marked as ‘Gov’ (Government) or ‘Parly’ (Parliamentary) in the timetables.

On 1st October 1868 the Midland Railway opened its own Bedford to London line with the terminus at St Pancras.

In 1923 the line became part of the London Midland and Scottish Railway Company.

The United Kingdom railway system was nationalised in 1948 and after that date the platform canopy was removed.

Two reports by Dr. Richard Beeching, ‘The Reshaping of British Railways 1963’ and ‘The Development of the Major Railway Trunk Routes 1965’ recommended the closure of 2,363 railway stations including Kibworth. Goods services at Kibworth Station ending on 4 July 1966 and passenger services ceased on 1st January 1968. 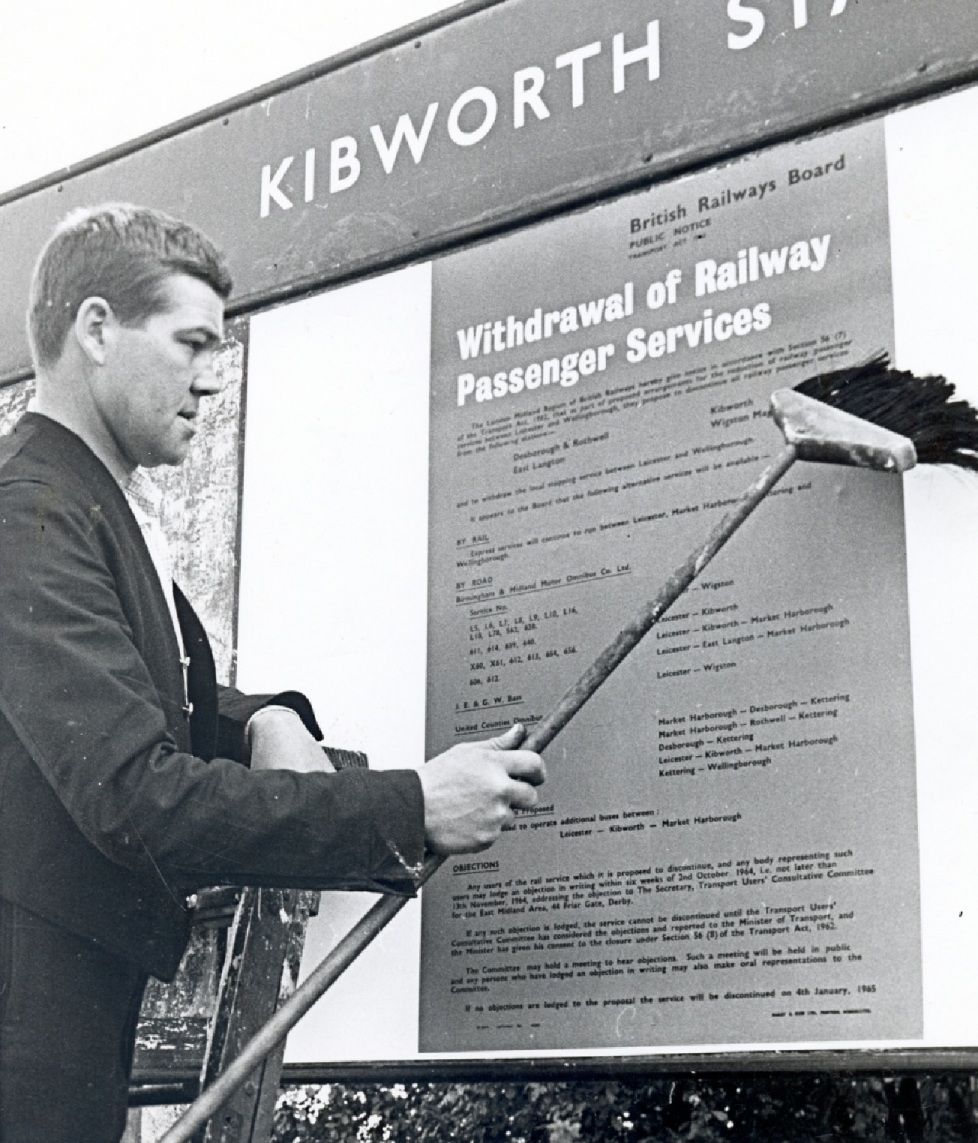 A British Railway employee posting the official announcement of the closure of Kibworth Railway Station.

Following the closure of the station the yard housed a fencing and wood merchants business but became empty in 2002.

A number of houses have since been built in the yard by local builder, John Littlejohn Designer Homes.

More in this category: « GENERAL JACK OF KIBWORTH HARCOURT. 1880-1962 Kibworth Hall »
back to top