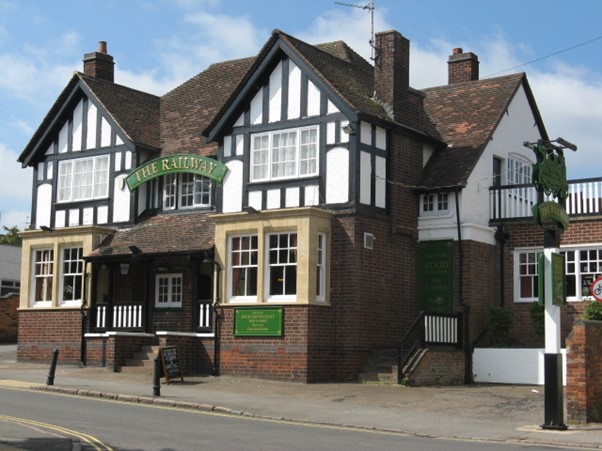 © The Bitterman and licensed for reuse under Creative Commons Licence

At the Market Harborough Petty Sessions on 3rd January 1846 the first licence for the Railway Tavern was granted to William Hall, butcher and licensee, of Kibworth Beauchamp. The Police Superintendent was not too happy with Mr. Hall and the Paynes Leicester Advertiser for The Midlands & Adjoining Counties report of the Court proceedings said;

‘During the Court proceedings the Superintendent complained that Hall had allowed gambling and drunkenness to a late hour annoying neighbours. When the Magistrates granted the licence, they cautioned Hall warning that if he continued to allow such practice the licence would not be renewed’.’

‘On 4th November 1848 William Hall held a sale at the Railway Tavern of his furniture, brewing vessels and barrels before leaving the Inn’. 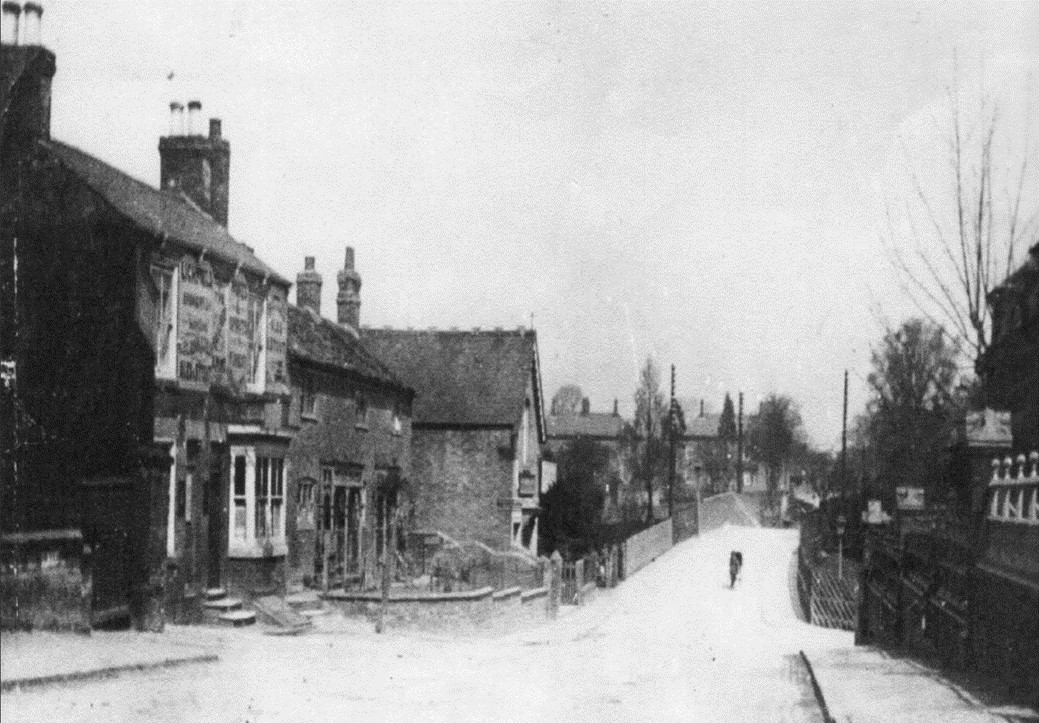 Behind the Inn was a large yard with stabling for 12 horses, pigsties and a blacksmith's shop. The original buildings were demolished along with an adjoining cottage in 1926 and replaced by the present building. A further extension was added in the 1960s.

The pub is situated within the Kibworth Beauchamp Conservation Area of the Harborough District, however it is not listed.

The Railway Inn was a former Ansell’s House and some years ago the individual rooms were altered to form one large room which consisted of a games area with a pool table and dart board, a central public bar area and a lounge bar area. There was a wall picture of railway themes and scenes of bygone Kibworth. The Inn also had a skittles long alley which doubles as a function room. The skittles alley was removed in 2020 and the area is now incorporated into a large walled beer garden at the rear.

Star Pubs and Bars (the pub business of Heineken) took over ownership of The Railway Inn in the spring of 2019 and closed the pub on 5th January 2020 for a £200,000 refurbishment project. The Inn reopened on the 22nd February 2020. The covid-19 pandemic meant the pub had very limited opening until mid May 2021.

During the sorting and archiving of St Wilfrid’s Parish records in the mid 1990s, a number of interesting documents came to light.  One such document which was written by James Beresford (Rector, 1812-1841) for distribution throughout Kibworth Beauchamp, Kibworth Harcourt and Smeeton Westerby (the ‘three townships’) is reprinted here together with the article that was delivered to every household.  Clearly the community must have been suffering from considerable drunkenness for this step to be taken!  What effect would such a step have today?  Would we need to replace drunkenness with drug addiction?

In the hope of restraining as far as possible, the abominable vice of Drunkenness, which is so lamentably prevalent among the lower orders of this place, the Rector hereby gives notice that, in the course of the ensuing week, there will be left at every house in the three townships a copy of the printed article below, - with a few additional copies at the houses of the principal inhabitants, to be by them distributed as they may be wanted hereafter.

The following article will be found to comprise, in few words, all the fatal consequences, present & future, which proceed from drunkenness, which is there shown to be not only a loathsome & hateful sin in itself, but the parent of almost every other offence, both against God & man.

May our All-merciful Father so favourably dispose the hearts of those concerned in this Address, that they may frequently read & consider, as well as resolutely follow, the counsels & warnings contained in the precious little paper to which I have bespoken their earnest attention.

N.B. Let all the Keepers of Public Houses, and Beer-shops, seriously reflect that they are at least as deeply concerned in the duty of preventing Drunkenness, as those who frequent their Houses are, in the duty of avoiding it. Should they doubt the truth of this, they will be terribly convinced of it at The Great Day!

THE EFFECTS OF DRUNKENNESS

DRUNKENNESS expels reason – drowns the memory – distempers the body – defaces beauty – diminishes strength – inflames the blood – causes internal, external, and incurable wounds – is a witch to the senses, a devil to the soul, a thief to the purse – the beggar’s companion, the wife’s woe, and children’s sorrow. It makes a strong man weak, and a wise man a fool. He is worse than a beast, and is a self-murderer, who drinks to others’ god health, and robs himself of his own. He is worse than a beast, for no animal will designedly intoxicate itself. By the effects of liquor his evil passions and tempers are freed from restraint; and while in a state of intoxication he commits actions which when sober he would have shuddered only to have thought of. Many an evil deed has been done, many a MURDER has been committed, when those who did these things were intoxicated; scarcely an assize passes without some unhappy prisoner attempting to excuse his guilt by the plea that he was under the influence of liquor. This excuse the law allows not, and most justly; for if men voluntarily deprive themselves of their reason, surely they cannot be innocent of whatever evils they commit while in that state. Tremble then, O drunkard! reflect before you put the cup to your lips; remember that you are about to make yourself ready to commit every crime to which an evil nature, no longer checked, can incite you, and that you may awake from this state, guilty of offences against the laws of your country, sufficient to draw down just vengeance upon your head; and, while suffering the punishment of your evil deeds, or reflecting on the harm done, perhaps to your best friend, what consolation can the remembrance of your worse than beastly enjoyment give you? All the crimes on the earth do not destroy so many of the HUMAN RACE, nor alienate so much PROPERTY, as DRUNKENNESS.

Hear what the word of God declares: “Awake, ye drunkards, and weep” Joel i,5. “Who hath woe? Who hath sorrow? Who hath contention? Who hath wounds without cause? They that tarry long at the wine, they that go to seek mixed wine. Look not thou upon the wine; at the last it biteth like a serpent, and stingeth like an adder” Proverbs xxiii, 29-32. “Strong drink shall be bitter to them that drink it” Isaiah xxiv, 9. “The works of the flesh are manifest, which are these: uncleanness, murders, drunkenness, revellings, and such like; of the which I tell you, that they which do such things, shall not inherit the kingdom of God” Gal. v, 19 & 21. “If ye live after the flesh, ye shall die; but if ye, through the Spirit, do mortify the deeds of the body, ye shall live” Rom. viii, 13. “Be not deceived, God is not mocked; for whatsoever a man soweth, that shall he also reap everlasting” Gal. vi, 7& 8. - Drunkards there is yet hope for you. God has said in his word, “Let the wicked forsake his way, and the unrighteous man his thoughts, and let him return unto the Lord, and he will have mercy upon him; and to our God, for he will abundantly pardon” Isaiah lv, 7. “This is a faithful saying , and worthy of all acceptation, that Christ Jesus came into the world to save sinners; of whom I am chief” 1 Tim. i, 15. “For God so loved the world, that he gave his only begotten Son that whosoever believeth in him, should not perish, but have everlasting life” John iii, 16.