The Coach and Horses Inn

The Coach and Horses Inn, an 18th century Coaching Inn, situated on the old turnpike road in Kibworth at the junction of Church Road and the A6 Harborough Road. The turnpike Road was built in 1726 and ran from Scotland to London passing through Leicester, Kibworth and Market Harborough. (see The Turnpike Route Through Kibworth Harcourt-Early Modern)

Originally a wooden pump and a horse trough with a mounting stone stood at the front of the Inn. The trough served as a watering place for horses using the turnpike Road and after the railway through Kibworth was completed in the mid 19th century many waggoners carrying coal and other goods from Kibworth Station, stopped to water their horse. 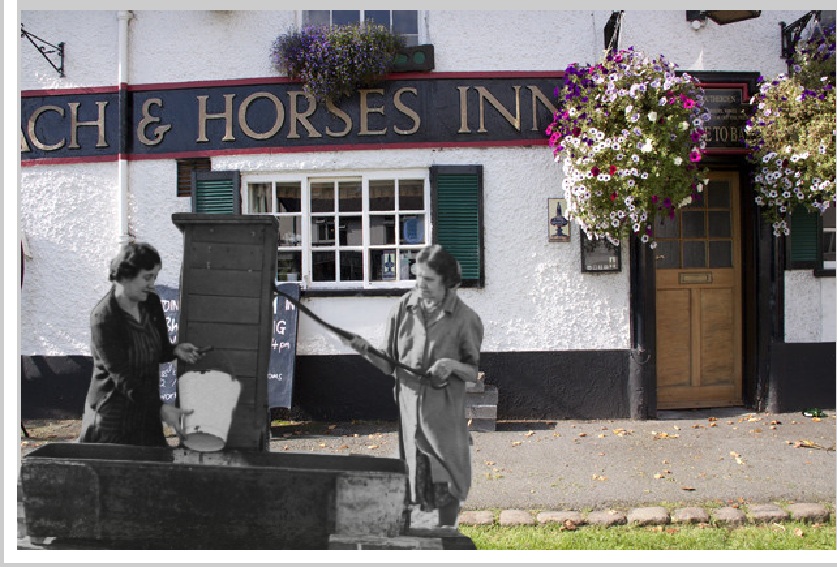 The horse trough is now part of the Victorian Street setting at the Newarke House Museum in Leicester.

The Coach and Horses has always played a central part in village activities no more so than in recent years.

In 2009 a representative of the production Company which made the Michael Wood TV series ‘The Story of England’, Maya Vision International, visited the Coach and Horses Inn looking for a location to use as a headquarters during the Big Dig (see The Story of England-Contemporary). They considered the Coach and Horses Inn, a historic building within the Kibworth Harcourt Conservation Area, was ideally situated on the A6 between Kibworth Beauchamp and Kibworth Harourt. From this time the Inn became a central point for the TV series and the later activities of the Kibworth Improvement Team (see wwwkibworthvillage.co.uk -About KIT).

In 2011 the then licencee of the Inn, Andrew Southerden, was the main organiser of astreet party to celebrate the wedding of Prince William and Kate Middleton on Friday 29th April.

Following the success of this event and to celebrate the Diamond Jubilee of Her Majesty Queen Elizabeth ll in 2012, Andrew decided to transform the Coach and Horses Inn into a ship, the HMS Coach and Horses. 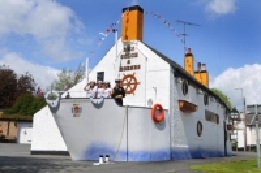 The ship was designed to support the Jubilee Regatta which was being held on the River Thames and was as also the centrepiece of the Kibworth Jubilee Street Party. (see Jubilee 2012-Contemporary)

The Coach and Horses Inn, currently owned by Star Pubs and Bars, still stands as a distinctive and attractive feature for travellers passing through Kibworth on the A6 road.