The Parker Family - Coat of Arms (Or is it?)

William Parker (the younger) built The Old House in Main Street, Kibworth Harcourt in 1687 and the house became the Parker family home. The Old House has five windows to the first floor and the central one above the front entrance to the house is surmounted by a scrolled pediment containing a Coat of Arms depicted below: 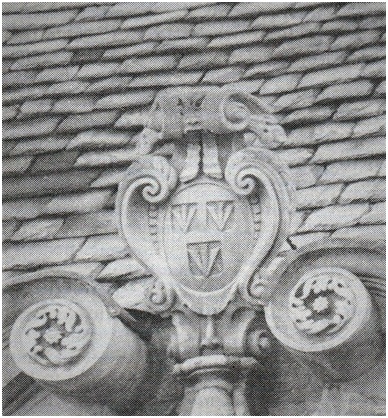 Extensive research has been carried out in the official records of Arms and pedigrees at The College of Arms in relation to the Parker family of Kibworth Harcourt and the Arms displayed on the Old House.

During the 16th and 17th centuries Officers from the College of Arms went out about every three years to visit (known as a Heraldic Visitations) every County to oversee the use of Arms and to check the pedigree of the gentry. The records from the visitations form the core of the records of the College archives.

A search of the pictorial indices granted by the English Kings of Arms to find a record of the Arms displayed on the Old House discovered that this Coat of Arms was granted to a man named Parker living in Essex in the reign of Henry VIII.  The unique design of the Coat of Arms was granted by Letters Patent dated 21st February 1537 to Henry Parker of Frith Hall, Essex for him and his descendants. There is no evidence that the Parker family of Kibworth were in any way related to Henry Parker of Frith Hall, Essex. The College of Arms are of the opinion that at some stage the Parker family of Kibworth started to use the Coat of Arms belonging to the Parker family of Essex. 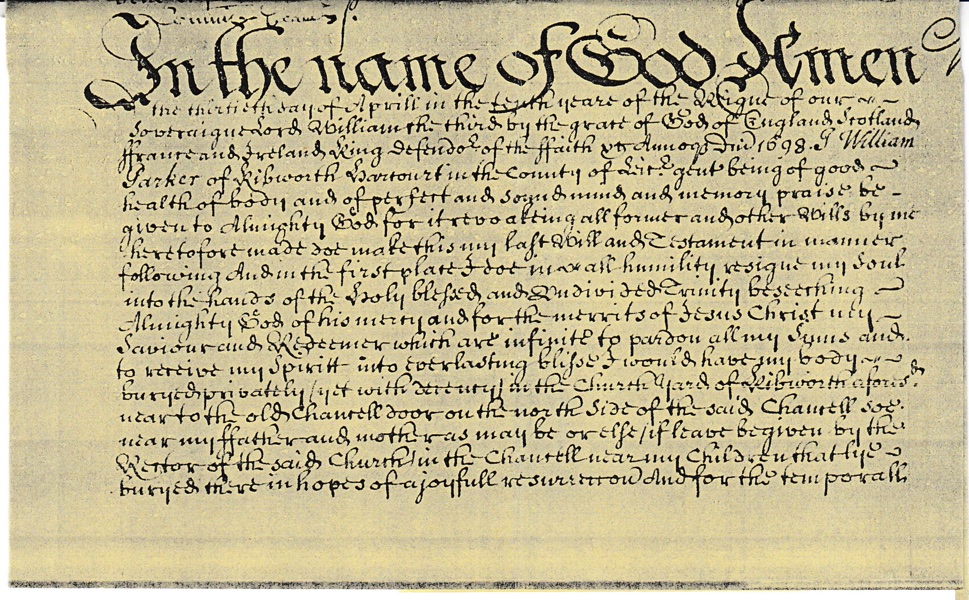 The transcripts of the documents are as accurate as possible although some words are indecipherable and those words are marked by a ▬. Copies of the original abstract documents precede the transcript

The transcripts of the documents are as accurate as possible although some words are indecipherable and those words are marked by a ▬. Photographs of the original abstract documents precede the transcript 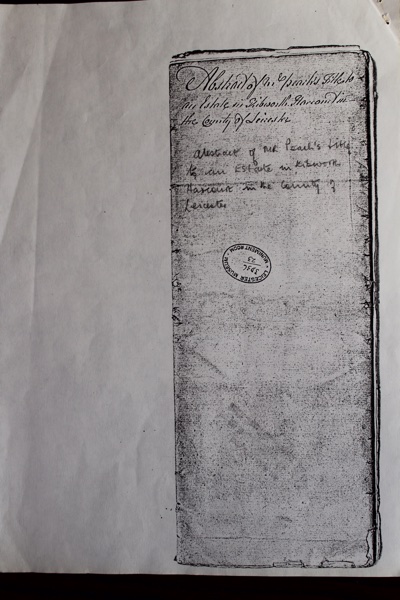 Abstracts of Mr Peach’s title to an estate in Kibworth Harcourt in the County of Leicester. 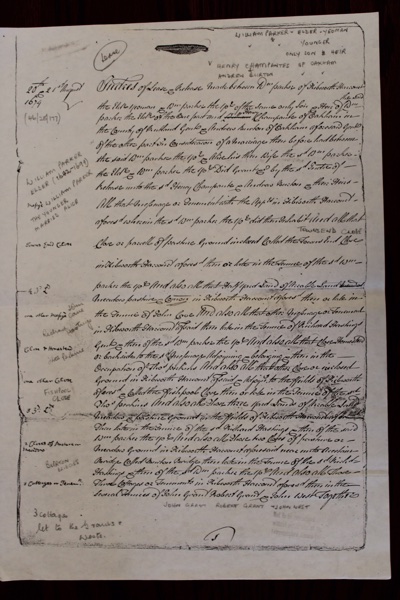 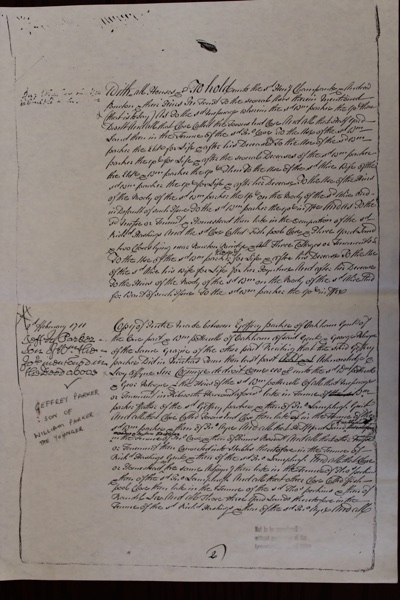