Many local people still remember Canon Edward Fletcher (1902-1933). The antics of his dozen-ish children will also be remembered as they ‘terrorised’ the village for a generation (including air-gun attacks on people as they walked past the church!); several of them achieved distinction in their own right including Anthony, who himself was ordained, spent time in North Africa with the Army during the second world war and finally emigrated to become a fruit farmer in Canada. He recently returned to Kibworth for a visit in 1995 at the age of 85, and he had not been in Kibworth since a brief visit after his father’s funeral in 1937 – 58 years earlier. One daughter became an actress and wrote a book with the memorable title: “Merrily we go to hell”! During Edward Fletcher’s incumbency the highlights were the purchase of Beauchamp Hall (St Wilfrid’s Hall) in 1922 for £250 (borrowed from five PCC members), the planting of the lime tree avenues in the churchyard the same year.  In 1922 the PCC numbered 12 made up of 6 male and 6 female. A motion was carried unanimously at the Annual Parish Meeting as follows: “That the number of male members of the Council be increased from six to twelve at the next election”! This was rescinded in 1928 when the restriction by sex was lifted.

In those days, the church was lit using gas (1924), and heated with a single coke powered stove or furnace apparatus which was fitted for £174 8s 6d (1925) by the British Pipeless Central Heating Co. Ltd of Birmingham but not paid in full until 1927 because it proved difficult to make work efficiently. The church raised £100 towards setting up of the Diocese of Leicester during 1925 and 1926. On several occasions between 1924 and 1933, the question of electric lighting was raised by Church Council members but always there was a majority against. Canon Fletcher died in 1933 after a brief illness. 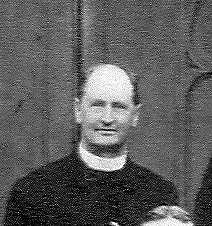 Henry Eacott (1934-1943) presided over more heating and lighting problems. There was some restorative work on the organ in 1935. The construction of the Belfry chamber (above current choir vestry) with glass screen was during 1935/6 at a total cost of £112 3s. In 1936 the Collection on Good Friday was split between Jews in Jerusalem and Fund for Jews in East End of London. Electric lighting and blower for organ were installed and gas fittings removed in 1937. The War Memorial was built at a cost of £17 12s the same year – it was unveiled by General Jack. Severe woodworm problems were found during 1938. Laid on mains water to National School (now Bell & partners, doctors surgery) in 1939 – grant of £25. Altar rails bought in memory of Mrs Briggs (1939). The Parochial Church Council wrote to all those serving in the armed forces who lived locally every month with a copy of the Parish Magazine (from 1940). He sold all old metal and the parish lawn mower for the war effort (1941). Canon Eacott died in 1943 after illness.

Wyndham Ottaway (1943-1949) was well-loved by parishioners. During his incumbency a new ornate wooden lectern was purchased in memory of Canon Eacott; the old lectern was given to the church in Stretton Parva (Little Stretton). A severe gale in February 1947 caused minor damage to battlements and pinnacles on the church tower and one of the pinnacles fell and destroyed the roof of the west end of the north aisle which had to be replaced. The repairs took several months and part of the pinnacle had to be re-constructed from the same type of stone. He died very suddenly in 1949. The PCC tried unsuccessfully to have his son Rev. Michael Ottaway appointed. 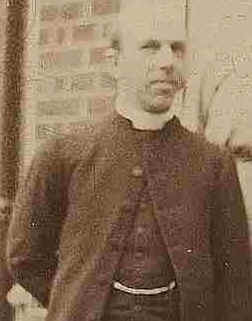 Paul Rebbeck (1949-1952) was Rector for only three years. The Silver  Processional Cross used still in all communion services was donated in 1951. An electrical heating system fo