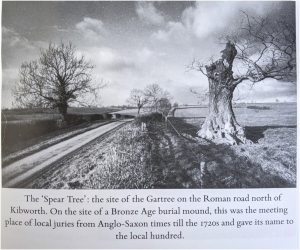 The villages of Kibworth Beauchamp, Kibworth Harcourt and Smeeton Westerby sit in the Hundred of Gartree. A Hundred was a unit of English local government and taxation, sitting between a village and a shire, which survived into the 19th century. 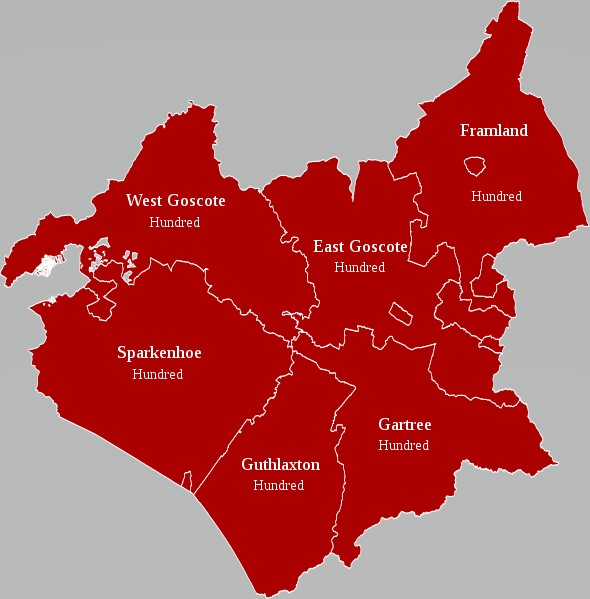 The Gartree (Gore or ‘spear’ tree) was an oak tree or bush situated about 2 miles to the north east of Kibworth Harcourt where an ancient track crossed the Via Devana, and is now known as the Gartree Road. The oak was arguably the most important landmark in the ancient local landscape. Ancient oaks were always held in high regard to the pagan elders. The Gartree Oak is thought to be one of these sacred trees and was a meeting place or moot for the elders of the Gartree Hundred. The ancient oak tree fell in the 1960s. It was replaced by a new tree in the early 2000s. 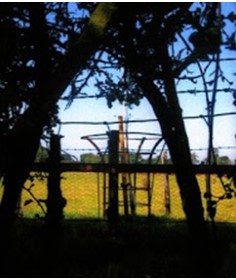