Former land girls honoured to be recognised for war efforts

They were the land girls who fought the Nazis from fields of Leicestershire – growing and farming food for an Allied army which marched on its stomach.

And now, those members of the Women’s Land Army and the Women’s Timber Corps have received official recognition for helping preserve our freedom during both World Wars. Kibworth Harcourt residents, Betty Ward, 86, and Rose Holyoak, 88, were among more than 2,000 local Leicestershire and Rutland women who were awarded a veteran’s badge of honour by the Government in respect of their services in the summer of 2008. 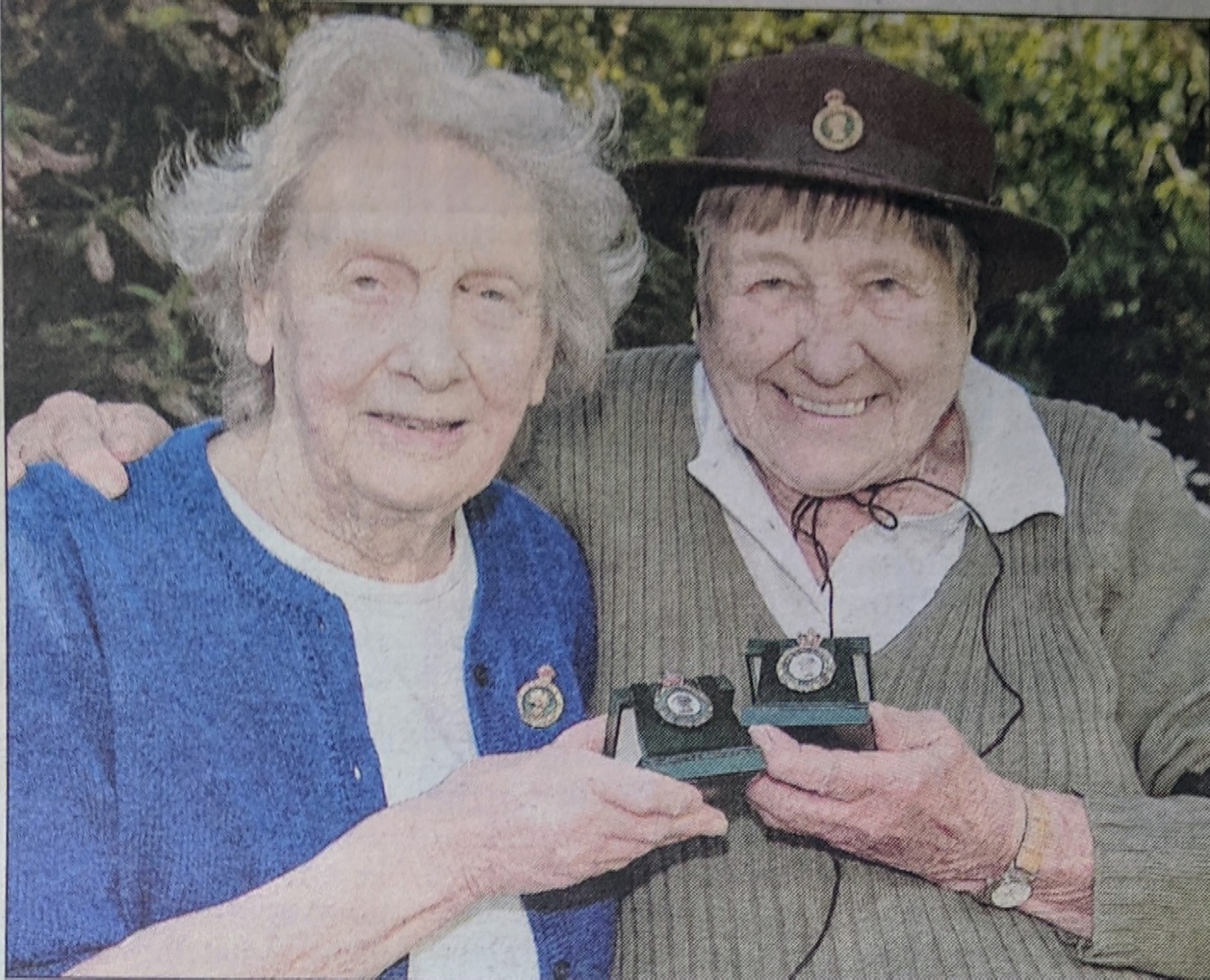 Rose Holyoak and Betty Ward showing their medals in 2008

The girls wore green jerseys, brown breeches and brown felt slouch hats, and did a variety of agricultural jobs. Betty milked cows and Rose drove tractors, among other jobs, during their time working the Leicester land. Rose has since written a book recalling her experiences.

Betty said “We feel honoured that our efforts during the war have been recognised. We have fond and funny memories of our hard-working days as land girls, and these medals help preserve important history in today’ society”.