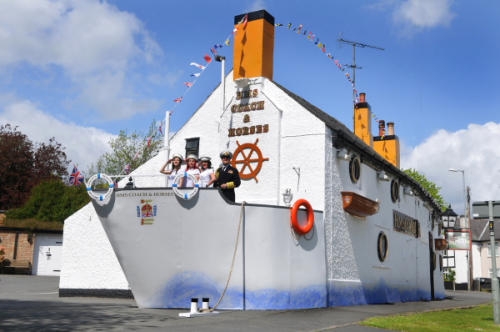 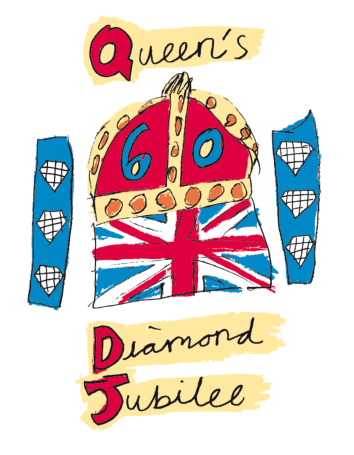 The Kibworth villages staged a number of events to celebrate the the Queen's Diamond jubilee. 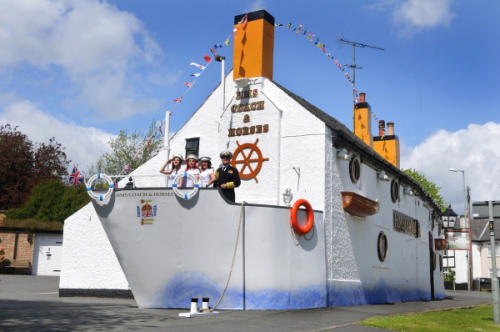 One of the most noteworthy was the transformation of the Coach and Horses public house into a ship in honour of the Jubilee Regatta held on the River Thames in London. The then landord, Andrew Southerden, with the help of a large section of his locals, transformed the pub into the HMS Coach and Horses, which sported funnels, life rafts, illuminated portholes and a bow, weighed in at 210 tonnes, and measured 75' by 40'.

On June 3 Kibworth's Regatta Street Party occured outside the pub, and was introduced by broadcaster and historian, Michael Wood; he cracked a bottle of champagne on the bow of HMS Coach & Horses. There was live music including the De Montfort University Gospel Choir, a best built boat competition and a nautical fancy‐dress competition. Unfortunately, heavy rain almost marred the day but organisers and participants rose to the challenge. Equally notable was the decision by BBC East Midlands TV to use the Coach and Horses as their anchor location, with Kylie Pentelow presenting, for their coverage of events within the East Midlands.