The Turnpike Route Through Kibworth Harcourt 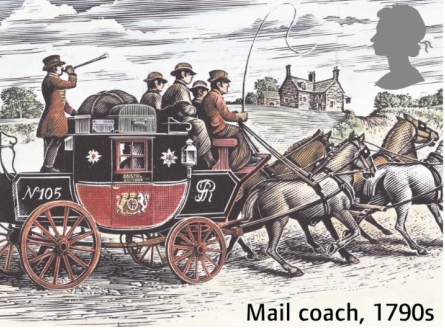 Leicestershire’s first turnpike road was a section of the main road between London and West Scotland which is now the A6.  The road was built in 1726 and ran through Loughborough, Leicester, Kibworth Harcourt and Market Harborough.

The Turnpike Acts authorised Trusts to levy tolls on those using the road and to use that income to repair and improve the road. Trusts could also purchase property to widen or divert existing roads. The trusts were not-for-profit and maximum tolls were set. In 1726 the first Turnpike Trusts, in Leicestershire were the Market Harborough to Leicester and the Loughborough to Leicester Trusts

The Kibworth Harcourt section ran along the current A6 Leicester Road from Leicester turning left into Main Street then following the dogleg of Main Street back onto the Leicester Road at the Rose and Crown Coaching Inn. At first the turnpike road was surfaced with gravel and small stones, but towards the end of the 18th century granite chippings from Mountsorrel began to be used.

In 1766, a fast public stagecoach service commenced from Leicester to London. Coaching Inns were built along the road examples being the Rose and Crown Inn and the Coach and Horses Inn in Kibworth Harcourt.

Travelers were often fearful of being robbed by highwaymen and the Leicester Journal for  12 December 1775 reported that: ‘On Sunday night last the coach bound for London was stopped by a single highwayman near to the second milestone on the Harboro’ Road. He took from the passengers about £14; told them that necessity obliged him to do that or go to goal’.

The first mail coaches passed through Kibworth Harcourt in 1785 and were apparently quite a spectacle. The carriages had emblazoned arms, the coachmen and guards in scarlet and gold. A blunderbuss slung over the guards’ shoulders, with pistols in their belts. 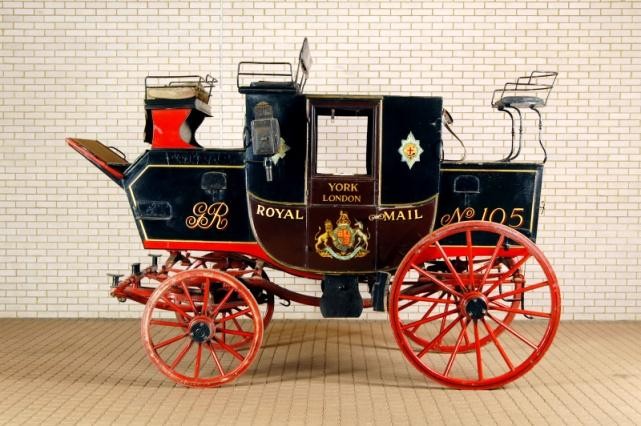 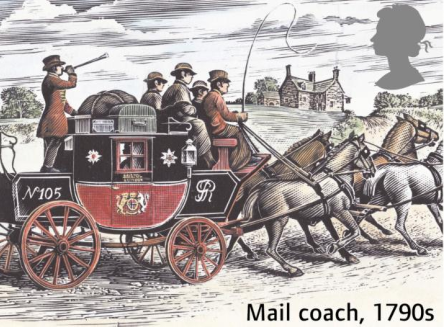 A report by the Turnpike Trust on the route along the dogleg section of Main Street concluded that; ‘The man who could gallop a four in hand through such lanes must have been hard to find’. This report followed a number of accidents and at least one resulted in a fatality, when a coach overturned and several outside passengers were pitched through the windows of nearby houses. The report resulted in a new turnpike route bypassing Main Street which followed the line of the current A6 Leicester Road between the Main Street junctions. This bypass was opened in 1810 and built at a cost of £1,500.00. Such improvements were funded by the payment of tolls by the road users, Examples of the annual income from tolls for the Market Harborough to Loughborough Trusts are:  1834 £5592:   1835 £6798:   1838 £5911.

In 1822 the whole road was surfaced in tarmac. The volume of traffic began to increase until the railway between Leicester and London opened in 1875 when turnpike traffic dwindled and the Turnpike Trust was wound up in 1878.