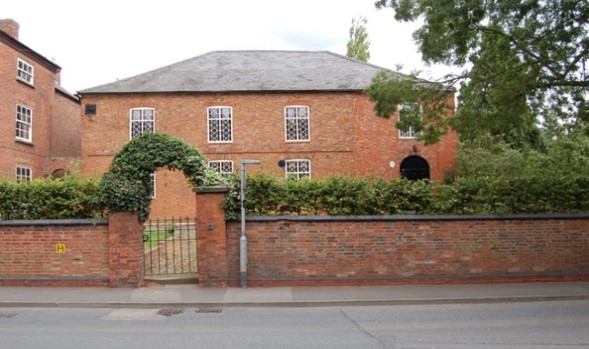 The Kibworth Congregational Chapel is located on the A6 Leicester Road, Kibworth Harcourt near the Wistow Road junction. The Chapel is a Grade II listed building, first listed in December 1966.

The two storey Chapel was built with red brick with a Welsh slate roof. The central entrance door to the west of the Chapel is dated 1759.  The Chapel was extended to the east in 1811 to include a vestibule, a vestry, and a schoolroom. In 1815 a gallery was constructed in the Chapel. An organ was donated in 1930 and a few years later the pews were replaced with oak seats. There is a small graveyard to the rear of the chapel along with a building which was once a stable. The Manse is attached at a right angle to the north of the Chapel built in 1794 of red brick and is three storeys tall. Another house of similar style was built to the rear at a later date.

Inside the Chapel premises is a marble tablet dedicated to Phillip Doddridge DD. 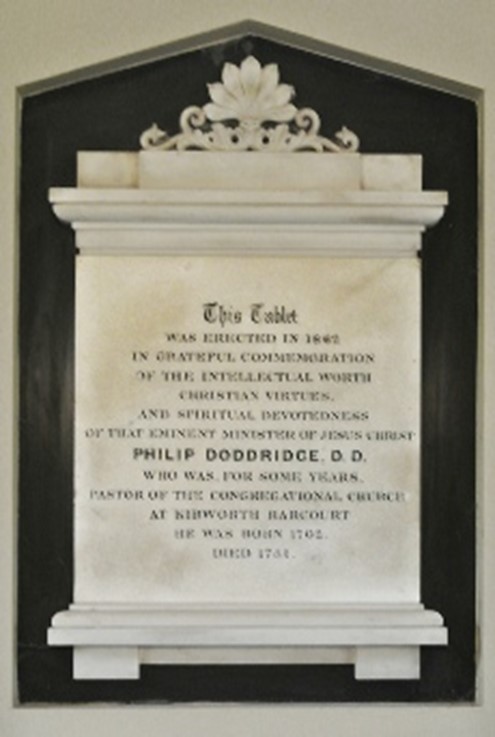 In 1841 Thomas Gook, the travel pioneer, was passing through Kibworth Harcourt, near to the Chapel, on his way to a Temperance Meeting in Leicester when he had an idea about organising a railway excursion from Leicester to Loughborough, possibly the forerunner of modern tourism. There is a plaque commemorating this on the outside of the Chapel.

THE ORIGINS OF THE CHAPEL

Following the Act of Uniformity of 1662 enacted by the Cavalier Parliament which required reordination of many pastors, gave unconditional consent to The Book of Common Prayer, advocated the taking of the oath of canonical obedience, and renounced the Solemn League and Covenant. Many Pastors, unable to accept these conditions, left the established Church resulting the growth of the dissention movement.

In 1672 after the Civil War and the Restoration a Meeting House situated in the yard at the rear of the Crown Inn Leicester Road, Kibworth Harcourt, was licensed for Presbyterian worship. (See The White House-Early Modern)